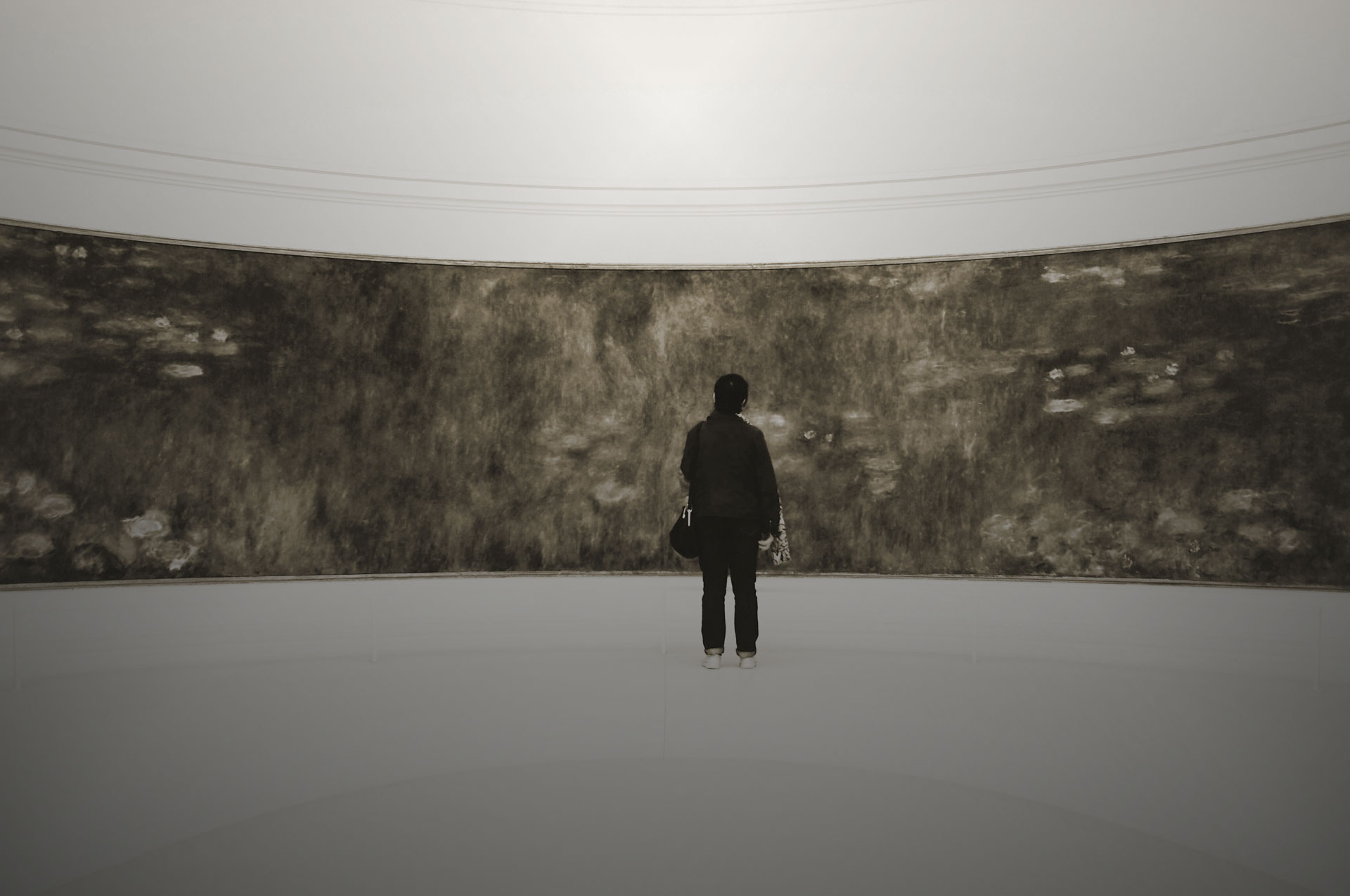 In 1922 Claude Monet donated his drawings Nymphéas (Water Lilies) to the Musée de l’Orangerie in Paris. On 8 panels, each 2 meters high and 91 meters wide, the drawings are arranged in 2 oval rooms. At Monet’s request, the room was built to be lit by daylight so that the drawings could be experienced in natural light. Due to the east-west orientation of the building, the rooms are on the course of the sun.

Monet’s drawings inspired Marcel Dupré’s eight-part organ cycle Nymphéas in 1958, which he dedicated to Édouard Monet, the painter’s great cousin, and Dupré’s close friend. Nympheás was written for his house organ in the villa in Meudon, which had all kinds of devices that were unusual for the time and necessary for the performance of the work. As a result, the organ cycle has remained closed inaccessible to the general public until today. Over the last three years, Tobias Frank has produced a version of this piece for classical organ, which will be published this year by the German publisher Butz-Verlag.

The basic architectural idea of the Musée de l’Orangerie, where the paintings are located, was also the inspiration for the performance of the eight Impressions as part of Dupré Digital: Eight young musicians will perform Dupré’s individual sketches across the globe. The sequence of countries from east to west follows the course of the sun. The journey begins in Australia and continues via Japan, Russia, Finland, Germany, France, Argentina, and ends in the USA.

Rolande Falcinelli, a master student of Marcel Dupré, described the work as follows:
“The boldness, the novelty of the organistic conception, […], as it appears in these pages, would undoubtedly have attracted the attention of Debussy or Ravel. [Nympheás] brings out the flexibility of the organ’s timbres and should be an inspiration to composers who wish to renew themselves without abandoning the royal road of true music, by enlightening them on the evolution that the organ of the XXIst century can pursue along the path traced by a master whose knowledge of the secrets of organ technique was, to say the least, better than anyone else’s, and who also possessed a total mastery of the art of composition combined with profound originality of creation.

All these attributes, so well developed in him, contributed to a body of work of rare value, of which the Water Lilies are one of the most secret and precious jewels.“